On June 25, 2019, Illinois made history by becoming the 11th state to legalize recreational cannabis — and the first to do so through legislation rather than a ballot initiative. Under the state’s Cannabis Regulation and Tax Act, recreational cannabis sales to adults aged 21 and older officially began on January 1, 2020.

The new law initially allowed 55 medical marijuana dispensaries, legal in the state since 2014, to apply for adult-use retail licenses, which would permit them to sell recreational cannabis from their medical dispensary locations. Additionally, these dispensaries may apply to open a second retail location.

The Illinois Cannabis Regulation and Tax Act provided for 75 legal licenses for recreational cannabis dispensaries in Illinois, but no licenses have been awarded so far. On July 15, 2021, HB 1443, which provides for a total of 110 additional social equity licenses in Illinois through two lotteries, was signed into law by the governor. The Department of Financial and Professional Regulation in Illinois announced that the lotteries to issue Conditional Adult Use Dispensing Organization Licenses for applications submitted between December 10, 2019, and January 2, 2020, will be held on July 29, August 5, and August 19, 2021.

Below, we’ve answered as many questions as possible regarding cannabis retail and dispensary laws in Illinois, and we will update this page regularly as new information becomes available. This page is informational only and should not be considered legal advice.

An overview of the medical and recreational marijuana laws in Illinois.

Who is able to purchase cannabis in Illinois?

As of January 1, 2020, adults aged 21 and older may purchase recreational cannabis from licensed retailers in Illinois.

Are there qualifying conditions for medical marijuana patients?

Yes. The list of debilitating conditions that qualify for medical marijuana in Illinois can be found here on the Illinois Department of Public Health website.

Everything you need to know about opening a retail cannabis location in Illinois.

What state agency is in charge of cannabis licensing in Illinois?

The Illinois Department of Financial and Professional Regulation (IDFPR).

What is the process for obtaining an adult-use dispensary license in Illinois?

Currently, the IDFPR is not accepting new applications for adult-use dispensing organization licenses. The first-round application window has closed, and the first 75 licenses are to be issued in the fall of 2020.

What are the application fees and licence costs for an adult-use cannabis retail license in Illinois?

For a regular (non-Social Equity) applicant, there is a non-refundable application fee of $5000. If approved, the cost for an Adult Use Dispensing Organization License is $60,000 for 2 years.

For applicants who meet the Social Equity criteria, the application fee is $2,500, and the cost of an approved 2-year license is $30,0000.

Learn how to remain compliant with Illinois cannabis retail laws.

Where can a cannabis dispensary be located?

In order to ensure geographical dispersion of adult-use cannabis dispensaries, Illinois has divided the available 75 adult-use retail licenses among the 17 Bureau of Labor Statistics (BLS) Regions within the state. This means that, if approved for an adult-use dispensary license, you must locate your dispensary within the BLS Region identified on your application.

Once approved for a license, you will have 180 days to identify a physical location for your retail storefront. The location must be suitable for public access; have a layout that promotes the safe dispensing of cannabis; and be sufficient in size, power allocation, lighting, parking, accessible parking spaces, accessible entry and exits as required by the Americans with Disabilities Act, product handling, and storage. Additionally, the location must not be within 1,500 feet of an existing dispensing location.

What is required of a dispensing organization before selling cannabis?

Before selling any cannabis or cannabis products, dispensary staff must:

What are the purchase limits for recreational cannabis in Illinois?

Purchase and possession limits for recreational cannabis is slightly different for Illinois residents and non-residents.

For Illinois residents, it's 30 grams of cannabis flower, 5 grams of concentrate, or 500mg of THC for for infused products.

Non-residents can still purchase 15 grams of cannabis flower, 5 grams of concentrate, or 250mg of infused THC.

What are the purchase limits for medical marijuana patients?

Qualifying registered medical marijuana patients in Illinois may purchase up to 2.5 ounces of cannabis flower every 14 days. For concentrates, edibles, or other non-flower cannabis products, the pre-weight of the cannabis flower used to make the product counts toward the purchase limit.

What are dispensaries prohibited from selling?

What taxes are collected on retail cannabis in Illinois?

Additionally, the regular state sales tax of 6.25 percent will apply, along with local taxes of up to 3.5 percent

What are the laws regarding cannabis advertising and promotion in Illinois?

Cannabis businesses in Illinois may not engage in advertising that:

Additionally, no cannabis business may advertise cannabis or cannabis products in any form:

Cannabis businesses, including retailers, are also prohibited from promoting the sale of cannabis products by giving away cannabis or cannabis products, conducting games or competitions related to consumption, or by providing promotional materials or activities that would be appealing to children.

When are dispensaries allowed to operate?

Dispensaries may operate between the hours of 6:00 a.m. and 10:00 p.m. Additionally, operation is prohibited under the following circumstances:

Every regulated cannabis market has its own tracking and reporting requirements. Find out how Illinois will monitor commercial cannabis activity here.

What are the tracking and reporting requirements for Illinois cannabis retailers?

Illinois cannabis retailers must establish an account with the state’s verification system that documents:

What are the inventory control system requirements for cannabis retailers in Illinois?

Cannabis retailers in Illinois must have an inventory control and point of sale system that is real-time, web-based, and accessible by the state at any time. Additionally, retailers must conduct a daily inventory reconciliation, documenting and balancing cannabis inventory by confirming that the state’s verification system matches the dispensary’s point of sale system and the amount of physical product at the dispensary.

What is the official state cannabis verification system in Illinois? 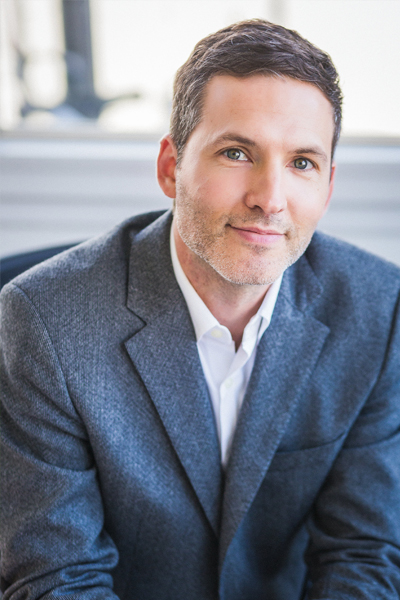