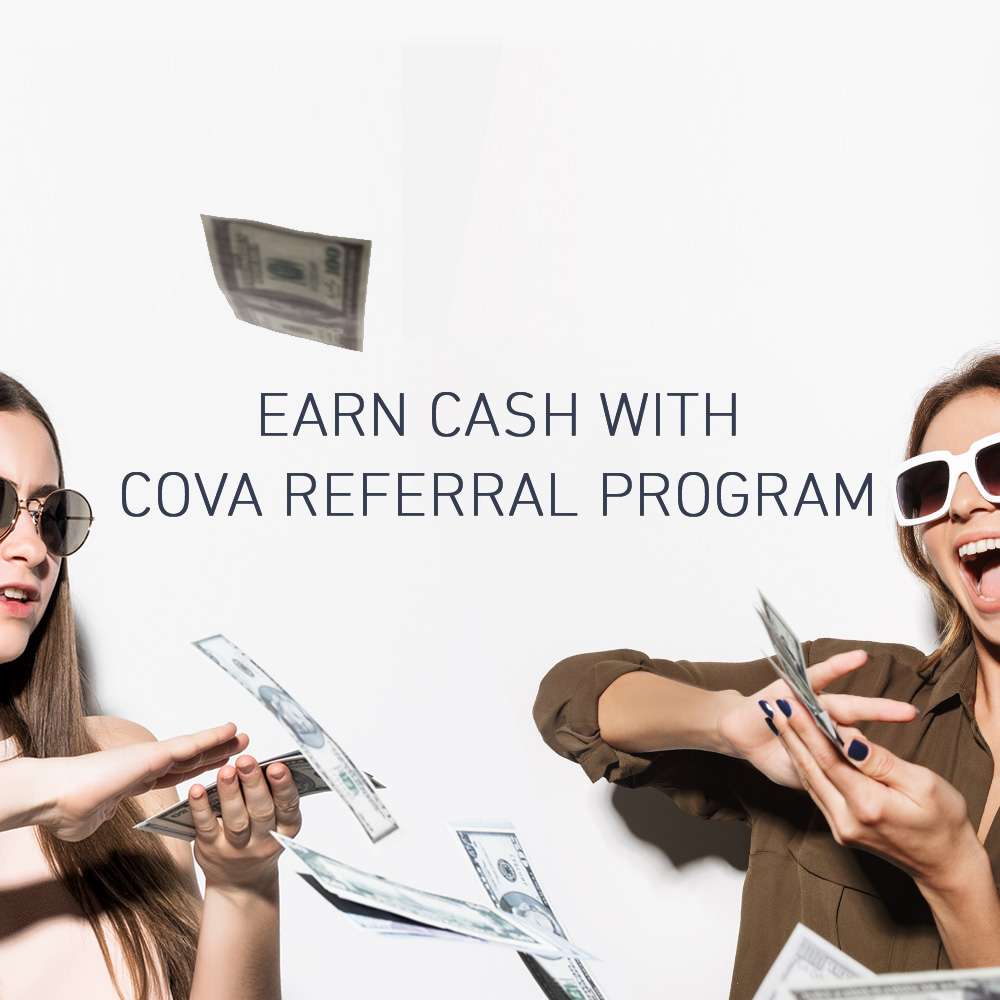 They say it’s better to give than to receive. We say, why not both? If you’re a happy Cova customer and—like us—happy to help the industry grow, consider referring a qualified cannabis retailer to us. To celebrate a successful new launch, we’ll give you $250 for the assist. In fact, we’ll give them $250 too!

2 Steps to Refer a Cova Client

Introduce a new client to Cova by emailing:  Sales@covasoftware.com

and CC the referred candidate.

2) SUBMIT THE REFERRAL FORM WITH YOUR INFORMATION

You may refer unlimited candidates, so long as each referral meets Cova’s eligibility requirements as a legal cannabis dispensary operation in one of the markets listed on the website.

You must make any referral explicit via an email introduction in which both a Cova representative and the referral candidate are copied. Additionally, you must complete the referral form found at covasoftware.com/refer.

A referred candidate must:

If referred candidates meet the above requirements, they are eligible for this referral program. A referral will be credited to the referring party only if the referral has signed a contract with Cova and been successfully onboarded.

In the event a candidate is referred more than once by different referring parties, the first referrer will receive credit for the referral. Referrals where the candidate and referrer are one and the same individual or entity (person or company) are not valid.

Once a referral is received, a Cova representative will contact the candidate within five (5) working days via phone or email as provided by you, the referrer.

Cova reserves the right to modify the rules of the program or terminate the program in its sole discretion.