Get Updates
LAST UPDATED JUNE 1, 2021
Like many provinces in Canada, Ontario was slow to roll out its cannabis retail program, opting initially for a lottery system to release a limited number of retail licenses. The first round authorized 25 stores to open in April of 2019. The second, in the fall of 2019, added an additional 50 licenses across the province, including 8 designated for First Nations land.
In December 2019, the Alcohol and Gaming Commission of Ontario (AGCO) announced it would end the controversial lottery system and remove the cap on retail licenses in favour of an open market for private cannabis retail in 2020. Since then, Ontario has witnessed a massive cannabis retail boom in 2020, with the AGCO now issuing 80 licenses per month in Canada’s largest adult-use cannabis market. Ontario reported sales of almost $84 million in October 2020, the highest among all provinces in Canada. There's strong speculation that the City of Mississauga, which had opted out earlier, will finally allow cannabis retail stores to open in June 2021.
Here we answer some of the most common questions about the application process, and existing rules and regulations around cannabis retail in the province of Ontario. This page will be updated frequently as more information becomes available, but this page is informational only and should not be considered legal advice. Be sure to check out our Canada dispensary laws page for information about regulations in other provinces.

Here’s what you need to know about the licensing process for retail cannabis stores in Canada.

The Alcohol and Gaming Commission of Ontario is the only licensing authority for retail cannabis stores in Ontario. Producer licenses will be granted through Health Canada.

What is the process to apply for a cannabis retail license in Ontario?

For 2020, the AGCO has implemented a 2-step open application process to replace the previously used retail lottery system, eliminating the cap on potential license approvals.

Step 2: Apply for a Retail Store Authorization – Beginning March 2, 2020, all candidates who have successfully applied for a Retail Operator License will be able to move forward to this step.

Note: Only applicants from the previous system who have been notified prior to January 6 can apply for a Retail Store Authorization before March 2.

Read this article for more information on how to open a cannabis retail store in Ontario, including links to additional requirements and the list of municipalities that do not allow stores.

What licenses or authorizations are required for a retail cannabis store?

There are three in total:

1) Retail Operator Licence: For people or entities that will be operating a cannabis retail store.

2) Retail Store Authorization: Authorizes you to operate a physical storefront. You’ll need a different authorization for every location.

Are there any eligibility requirements for these licenses?

Generally speaking, all license holders must be at least 19 years old, financially responsible, have no convictions or charges under the Cannabis Licence Act of 2018, have no current or previous ties to criminal organizations and have not lied in their application.

Do I need all three licenses and authorizations to open a retail cannabis store?

The only exception is if you are a sole proprietor acting as both the owner and manager for a particular store. If so, you will not need the Cannabis Retail Manager Licence.

How much does each licence cost?

How do you submit an application?

Licence applications are accepted online through iAGCO, the AGCO’s online service delivery portal. You’ll need to a create an account if it is your first time using the site. After licensing, you can also use this portal for licence management like renewals and modifications.

What documentation is required for retail operator licence?

Applicants may be required to include:

While these aren’t technically required upon initial application submission, it can slow down the licensing process if they aren’t provided up front.

What documents are required for a retail store authorization?

After submitting a Retail Operator Licence application or successfully receiving one, you can move into the Retail Store Authorization process. You will need your Business Name Registration and Proof of Ownership/Tenancy (if applicable).

Is there anything else I can do to prepare for a retail store authorization?

While not required, the AGCO strongly recommends completing the following steps before submitting a Retail Store Authorization application:

What documents are required for a cannabis retail manager licence?

To apply for this licence, you’ll need a completed Personal History form (provided in iAGCO) that includes all of you employment and unemployment history. You will also need to provide tax returns or a tax assessment.

Where can I find more information about Ontario's retail cannabis licensing process?

You can find detailed information in the AGCO’s Cannabis Retail Regulation Guide.

Are there education requirements for retail cannabis workers?

All individuals employed in a cannabis retail store must complete an employee training designed and approved by the AGCO Board. These education requirements have to be completed before the first day of work at any retail cannabis location. The program includes lessons on:

What location requirements are in place for retail cannabis stores?

According to the Cannabis Licence Act of 2018, a retail cannabis location must abide by these requirements:

What is the minimum age of purchasing retail cannabis?

The minimum age for purchasing non-medical cannabis is 19, one year older than the federal minimum age required for tobacco or alcohol.

Can retail cannabis stores sell anything other than cannabis?

Any other items, like bags or cannabis accessories, must comply with advertising rules and be approved by the AGCO.

What are the possession limits for retail customers?

If proposed legislation passes, adults over the age of 19 years old will be able to have a maximum of 30 grams (about one ounce) of dried cannabis in public at any time.

what are the purchase limits for retail customers?

Proposed legislation says purchase limits cannot exceed the 30 gram possession allowance, but could be limited to a lesser amount. We will update this answer when purchase limits are finalized.

Will online cannabis sales be authorized?

Yes; the AGCO will operate the Ontario Cannabis Store, an online marketplace and delivery system. Online cannabis sales in Ontario will begin on October 17, 2018.

Retailers are required to purchase all wholesale inventory exclusively from the publicly-owned Ontario Cannabis Retail Corporation. This is the same entity that will run the online Ontario Cannabis Store.

What cannabis products can be sold in retail stores?

What is required of cannabis retailers with regard to tracking and reporting?

Retailers will be responsible for tracking cannabis as it moves in and out of their store, according to Section 81 of the federal Cannabis Act. That means each sale must be traceable back to the employee that conducted the transaction and all cannabis moving in or out of your store must be tracked in a way that allows for product recalls and limits diversion to the black market. A licensee’s records must account for cannabis products used for display purposes too, accounting for the product after it is no longer used in a display.

Does Cova's POS meet all tracking and reporting requirements?

Yes, Cova’s Point of Sale system is made with the cannabis industry in mind and meets all tracking requirements in Ontario. Ontario requires that any POS systems used by a licensee must be certified by a recognized industry certification organization like the PCI Security Standards Council or the International Organization for Standardization. A POS must also monitor all system access and changes.

Cova’s POS meets all of this criteria and more, taking the hassle out of tracking and reporting. See the cannabis industry’s most loveable POS in action with a live demo.

What restrictions are there on advertising cannabis in Ontario?

Can I use paid ads for my Ontario cannabis business?

The Cannabis Act says clear that no cannabis, cannabis accessory, or cannabis service can be advertised in any publication or broadcast that originates outside of Canada or has an audience that includes minors. These restrictions can really limit your paid placements online, but it isn't impossible with research and due diligence.

For paid ads on advertising networks like Google Adwords, a cannabis brand could possibly use hyper targetting to limit the age range to adults and only target users in Canada to work around federal marketing laws. Unfortunately, Google still has a strict no-cannabis policy even in legal countries like Canada.

When crafting your online marketing strategy, be sure to talk with a lawyer to make sure you are compliant with federal and provincial cannabis advertising laws.

I own a cannabis retail store in Ontario. Can I give away free product?

No, the federal law is very clear that no free product can be given out.

Are there any Ontario-specific cannabis marketing laws?

Ontario relies on the federal guidelines for cannabis advertising. The province does reiterate that no free product may be given away by a cannabis brand. 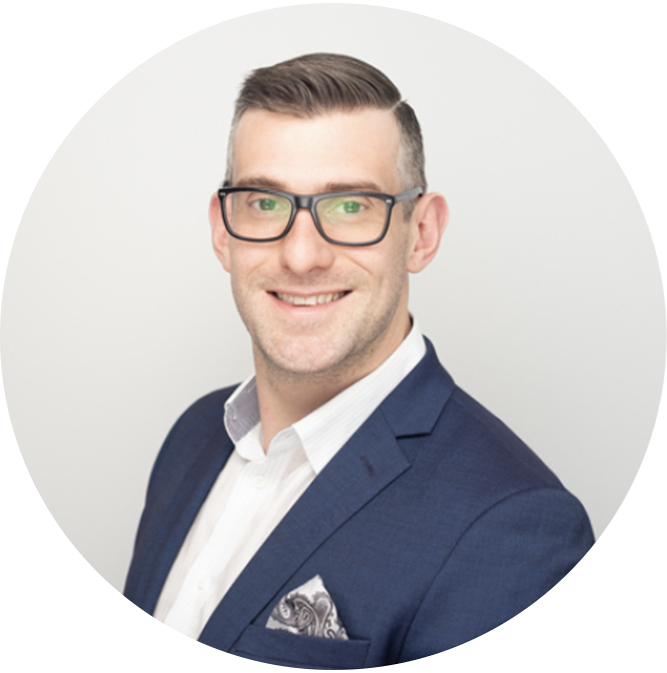 Dr. Lucas C. McCann is the co-founder and Chief Scientific Officer at CannDelta, a regulatory and scientific cannabis consulting firm where he provides scientific oversight on all projects. By the end of his Ph.D., Lucas was decorated with research awards and was published in high-profile, peer-reviewed chemical journals for work explaining a popular and versatile chemical reaction.

After graduation, Lucas acquired his regulatory and quality knowledge from within the Inspectorate Program at Health Canada as part of the Health Products Branch. Lucas stepped out of the public sector to co-found CannDelta with a Health Canada employee from the Medical Cannabis Program.

Since then, CannDelta has specialized in Cannabis Licensing Support for applicants that are starting a business in anything from Cannabis Cultivation to Cannabis Retail. Along with CannDelta's team of scientists, Lucas works to create compliant and successful cannabis businesses coast to coast across North America.