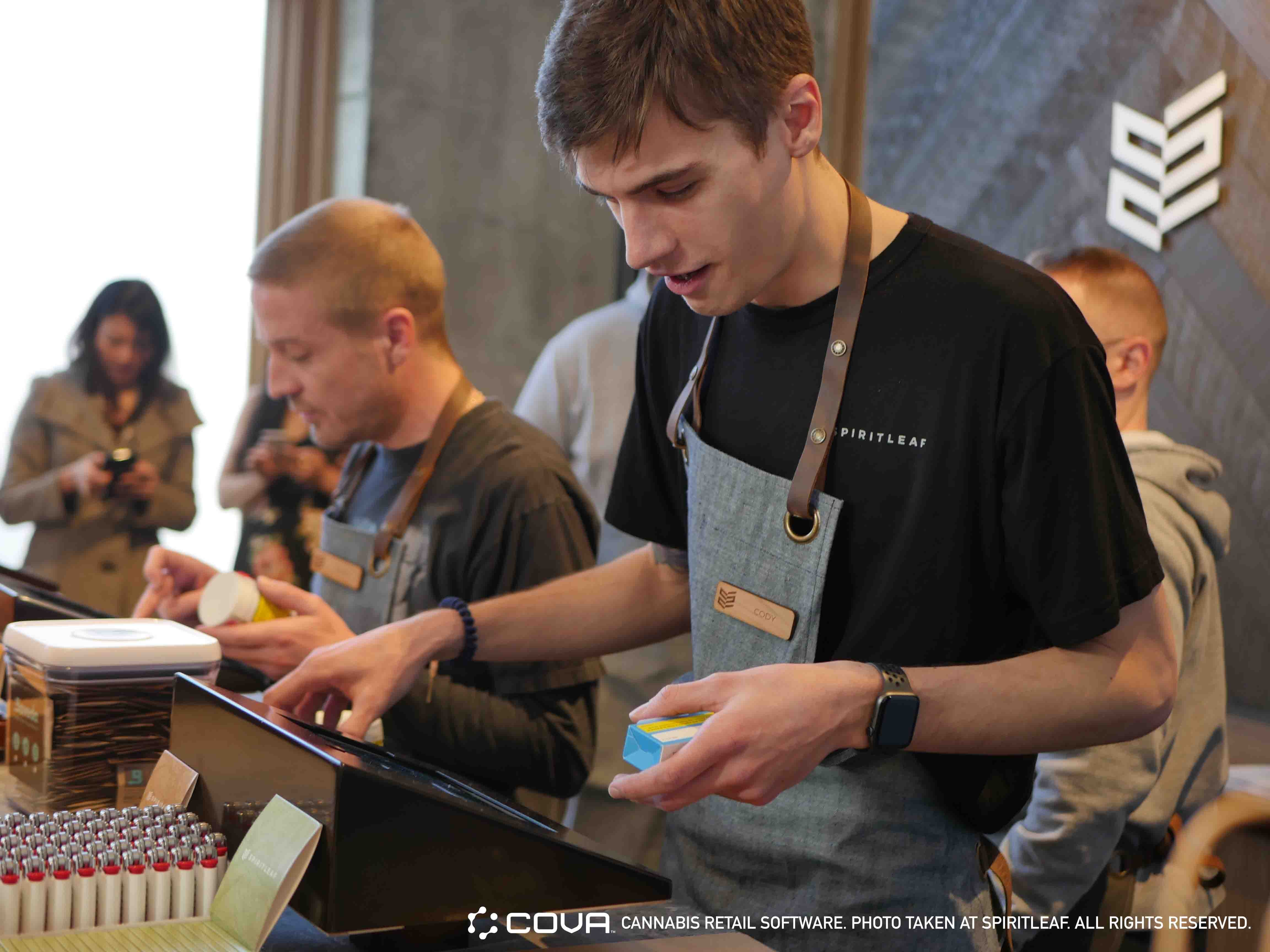 In the spring of 2018 came a flood; a new retail landscape was being carved out in Canada, as legislation took shape to end the prohibition on recreational cannabis within the year. On the final stretch of the road to legalization, a surge of retailers scrambled to set up shop. They competed for space and raced to establish brand identity even as they speculated on licenses and regulations.

“It was one of the fiercest real estate battles I’ve ever seen,” recalled Darren Bondar, Founder of Inner Spirit Holdings, speaking a year later to an audience at the Cannabis & Hemp Expo in Calgary.

Spiritleaf had already become the largest cannabis retail franchise in Canada. Five stores open in Alberta and Saskatchewan, a sixth set to launch in Kingston, Ontario – one of the very first in the province. Big picture: a hundred stores in various stages of development across Canada.

The franchise model has worked well for Spiritleaf. They have local owners and operators who are invested, living, and working in their communities, incorporating different elements of that community with the Spiritleaf brand. It’s proven to be a really successful model for them.

An ambitious model. One that posed additional challenges. And that’s saying something in an industry fraught with more than its fair share of hurdles, both unique and ubiquitous.

Ensuring that you’re compliant, keeping up with the ever-changing regulations, are the major challenges in cannabis retail. And things seem to change every day, between inspection, province, and agency.

"It’s complicated, it’s frustrating at times, but we’ve just got to keep trailblazing and working through it, and having the best cannabis technology partner helps.”

The founder's 20 years of retail experience instilled the importance of working with industry partners who could keep up that trailblazing pace. When Spiritleaf chose Cova’s POS software to power their franchise, it was, to be certain, after careful consideration.

Sure, other software did that too. What set Cova apart was how our POS not only reduced human error but also streamlined the learning curve with a user-friendly design.

“How this point of sale system looks is a big part of it,” Christine Kitz told Cova just weeks before the opening of Spiritleaf’s milestone Kingston store. As the company’s operations manager, she appreciated the system’s sleek appeal and intuitive user interface.

“How simple it is to use, how interactive and intuitive it is—those are all really big points,” she said. “I’ve worked with point of sales over the years and—especially when you’re franchising—you need something that’s user-friendly for those who have never run a business before. You don’t want that to be their biggest hurdle, because they have so much more to deal with.”

In a market only recently legitimized, inexperience was somewhat expected. Spiritleaf’s franchise model invited a diverse breed of intrepid entrepreneurs, but many were completely new to the industry.

“Each franchise partner is unique in their challenges,” Kitz said. “Inexperience is our biggest challenge, but Cova's support hub is a great resource for us and for our franchise partners to access when there are questions.”

Of paramount importance to Spiritleaf was finding a software partner who not only stood behind their product but also proved willing to take it in new directions.

“We looked at a number of different companies,” Kitz explained. “We found that Cova really addressed a lot of the needs that we had, and the things you didn’t really have built, you were very willing to work with us to get where we need to go, which was really exciting for us.”

“Usually, when you’re signing up for something, you have amazing support, and everybody’s there for you. And then you sign on, and everybody disappears. Cova has been really supportive, and always there, working with us in terms of a partnership, which is something we really appreciate.”

It was a sentiment echoed by Spiritleaf to the audience in Calgary. “We spent a year looking at point of sale systems, and having been in retail for 20 years, it’s something we knew we wanted to get right. For any retailers, if you haven’t chosen a point of sale system, it'll save you a year and hundreds of thousands of dollars in bearing bad systems—Cova is your winner.”

Learn more about what Cova can do for your dispensary by scheduling a free demo today.

How Social Equity Licensees are Shaping the Future of Cannabis Retail

Whether they are legacy entrepreneurs or people disproportionately impacted by the war on drugs, cannabis license […]